Youth organizers rallied their peers to vote in the Georgia Senate runoff, building off high voter turnout in the midterms 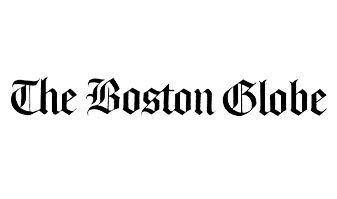 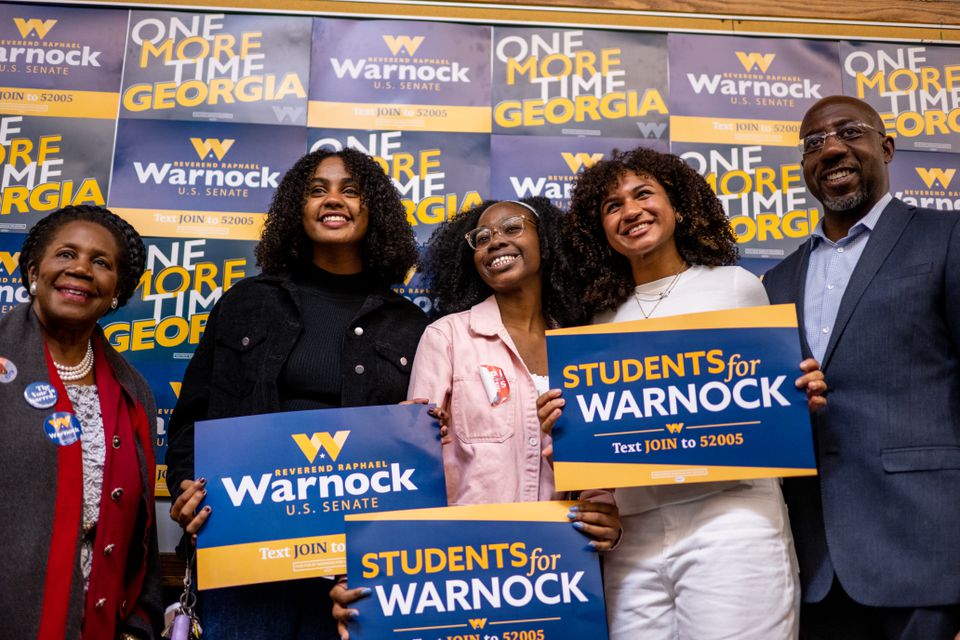 Representative Sheila Jackson Lee (left), a Texas Democrat, and Senator Raphael Warnock (right), a Georgia Democrat, took a photo with college students at the conclusion of a Warnock campaign rally at Georgia Tech on Nov. 18, in Atlanta. Brandon Bell/Getty
WASHINGTON — Despite having four final exams and papers due on Tuesday, Alex Ames had a competing priority: Georgia’s Senate runoff election.

The 20-year-old Georgia Tech junior spent part of the day driving to nearby college campuses to drop off flyers and coordinate with student canvassers. And as the election results began rolling in while Ames was finishing exams, the excitement in a group chat among young organizers was palpable as the candidate they backed, Democratic Senator Raphael Warnock, was headed toward reelection.

“We’re relieved and tired,” said Ames, the war room coordinator for the Georgia Youth Justice Coalition. “There’s a lot of relief, that feeling that young people are rejecting cynicism and are believing that they are powerful. They know that their vote isn’t magic. It’s medicine. It’s one action among many others to build a better world.”

Amid the end of the semester and rapid turnaround after the Nov. 8 election, members of the Georgia Youth Justice Coalition spoke with thousands of students on college campuses and volunteers with Voters of Tomorrow, a Gen Z-led civics advocacy group, texted and called over 2.5 million young voters in the weeks leading up to the state’s runoff election between Warnock and Republican Herschel Walker.

Their efforts came after voters younger than 30 helped Democrats blunt the expected Republican wave in key swing states in the November midterms, flexing political clout that could continue to benefit Democrats in future elections. It was a continuation of a trend in recent years, fueled by social movements around issues such as school shootings and climate change, of young people delivering a larger share of their votes to Democrats.

Preliminary exit poll data showed that Democrats, particularly in swing states like Michigan and Pennsylvania, benefited from younger voters’ strong support for the party. Democratic House candidates won voters under the age of 30 by 28 points and lost voters older than 45 by 10 points, according to an analysis of exit poll data from Tufts University’s Center for Information and Research on Civic Learning and Engagement, known as CIRCLE.

It remains less clear, though, whether young voters’ turnout during the midterms was especially strong or a continuation of support seen in the last two federal elections. CIRCLE estimates that 27 percent of adults ages 18 to 29 cast ballots across the country — that’s the second-highest youth turnout in an off-year election in almost 30 years. Still, young voters only made up 12 percent of the electorate, roughly the same percent as they have in every midterm in the last 20 years.

Youth activists have worked to popularize the idea of voting among their peers, who have historically voted at the lowest levels. Ahead of the runoff, the Georgia Youth Justice Coalition pushed university and county officials to open early voting centers on college campuses. Their efforts helped members of Gen Z — those born between 1997 and 2012 — outperform voters ages 25 to 40 in early and absentee voting during the runoff election, according to data from the Georgia secretary of state’s office.

Gen Z’s actions indicate “that they really want to have a role and say in making change in their communities and in this country,” said Abby Kiesa, CIRCLE’s deputy director. “They’re looking at a range of different strategies to try to do that and voting has been one of them.”

Young voters have been considerably more likely to support Democrats in the last 10 federal elections, Kiesa said. But, as members of Gen Z have increasingly entered the voting population in the past four elections, that gap in party support from young voters has grown significantly. In 2014, a year before the oldest members of Gen Z became eligible to cast ballots, 54 percent of voters under 30 voted for a House Democrat. Four years later, that number rose to 67 percent, according to CIRCLE.

Voters of Tomorrow sent millions of texts and phone calls this election cycle in order to increase turnout among young voters.

“We have built our mobilization program completely centered around the unique experiences of our generation,” said Jack Lobel, the organization’s 18-year-old deputy communications director. “It truly goes into every strategy we have and every individual conversation with a young voter we have.”

Republicans have also worked to mobilize the youth vote through voter registration campaigns on college campuses, but Andrew Kolvet, a spokesperson for the conservative youth group Turning Point USA, acknowledged that the demographic tends to skew Democratic.

“There’s no doubt there’s strong headwinds,” he said. “We’ve just got to keep putting our time and our energy and our resources into what we know works and where we are seeing results. There’s a lot of promising signs.”

He pointed to a Morning Consult poll this summer that showed that the number of people under the age of 34 who identified as liberal had dropped from 47 percent in 2017 to just 34 percent as a sign that Democrats’ grip on young voters was slipping.

But young progressives have been more considerably more successful at organizing their peers than their conservative counterparts, and those efforts increasingly have been centered around social movements.

In 2018, after the school shooting in Parkland, Fla., thousands of high school and college students hosted voter registration drives, contributing to the highest midterm youth voting numbers since CIRCLE started using their analysis method in 1994. Two years later, young activists organized around climate change and racial justice. And this year, young voters were the only age group to cite abortion as their top reason for voting.

“Young people have done a lot of mobilizing their peers,” Kiesa said. “That’s one of the reasons certainly why we saw huge jumps in turnout in the 2018 and 2020 elections, but it shouldn’t all be on young people’s shoulders.”

As the number of youth-led movements has grown, so has the idea that “Gen Z will save the world.” The day after the midterms “THANK YOU GEN Z” trended on Twitter and President Biden thanked young Americans for their “historic” turnout that helped Democrats hold onto control of the Senate.

But Ames said that Gen Z-focused narrative does a disservice to young people because it erases the decades of social movements that youth organizers have learned from and builds the idea of a celebrity youth activist.

“Young people are not heroes. Every good movement is intergenerational,” Ames said. “We’re just like everyone else, inheriting the future that America’s building every day and we would like to have a say in how that future looks.”