Dick Simpson: Youth rally in the midterms to carry on the fight for democracy 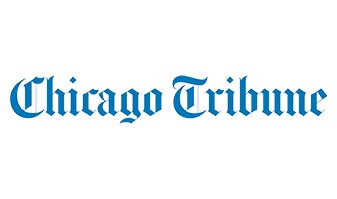 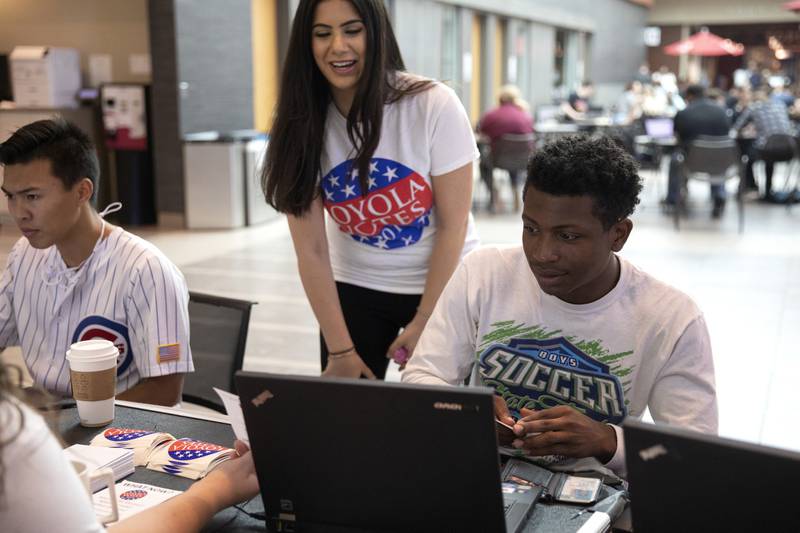 Vivian Mikhail, program coordinator for the Office of Civic Engagement, left, helps freshman Elijah Wooten register to vote on Sept. 25, 2018, ahead of the midterm elections at Loyola University Chicago. (Erin Hooley / Chicago Tribune)
Now that the U.S. Senate race in Georgia is over, the 2022 elections have finally ended. It is time to recognize that youth are voting to save our democracy. In the midterm elections in November, youth and women, because of the abortion issue and ongoing worries about the state of our democracy, voted in unprecedented numbers.

My first political experiences came in civil rights demonstrations in 1961 when I was a college student in Texas. I remember the role that I, along with fellow demonstrators, played in the broader youth movements of the 1960s. While their actions are different now, youth are acting once again.

For too many years, youth were marginalized, their voices and their idealism muted by adults who claimed to know better but didn’t.

In the Philadelphia Inquirer last month, columnist Will Bunch wrote, “If democracy was on the ballot in 2022, as President Joe Biden and so many others had warned, then it was young Americans … who just saved it. Shocked into action by the loss of their reproductive rights and repulsed by candidates who threatened not to count their votes going forward, Millennials and Gen Z put down their books (or their beers) to make sure any ‘red wave’ was subsumed by the deep blue sea.”

This was especially true at the University of Illinois at Chicago. The number of registered UIC student voters was 23,670 in 2020, up from 19,656 in 2016. Now 81% of UIC students are registered to vote, a much higher proportion than other Chicagoans. And 65% of UIC students who were registered voted in 2020. At UIC, we have more than doubled the student voting rate since 2012. This is also true in midterm elections.

Bright Line Watch, an organization of political scientists which surveys nationally both political scientist experts and the general public, finds both groups more pessimistic about the fate of American democracy in the next five years. But I find the role that youth are now playing a cause for hope that our democracy can be renewed.

High schools and universities are making a sustained effort to increase civic literacy and education. iCivics and the U.S. Department of Education have issued “Educating for Democracy,” a new framework for teaching modern day civics in K-12 schools. The Civics Secures Democracy Act with bipartisan support pending in Congress would provide $1 billion to better teach history and political science in the same K-12 schools.

Clearly, regardless of the outcome of individual contests, the 2022 election is a turnout success story, and is due to more women and youth entering the political arena to carry on the fight for democracy. What Thomas Jefferson called “the spirit of democracy” that spawned the 1776 revolution has not died.

Our schools and universities are beginning to take up the task of educating for democracy. But today our youth are the heroes, even when adults fail to recognize their contributions and ignore their voices.

Young people deserve a seat at the table of government as well as a role in elections. As I spell out in detail in my new book “Democracy’s Rebirth: The View from Chicago,” we must reform our representative democracy, and create new forms of participatory democratic government. While adults can offer advice, only the youth can carry forward the movement that we began more than 60 years ago.